Hey hey festive funsters. Like so many bloggers, I started the year with the best of intentions to document my every creative endeavour – partly to spur myself to create but also as a reminder of just how much I have done. As is so often the way, the gap between intention and reality is a verdant and wide valley. So in the post I’ll be picking out a few of the other creations I’ve made this year that haven’t been posted up yet.

In addition to all the crochet I’ve done in 2019, my sewing machine hasn’t been lying idle. In the summer I sewed up a second Kwik Sew shirt, which I’m super happy with. For this one I slimmed down the sleeves, so the fit is that bit closer to my ideal. I might have it sorted for shirt three.

I also did a spot of refashioning for Eurovision this year, hacking two Primark shirts into my Austrian flag shirt. It’s been so successful it’s become a staple of my party wardrobe. I also added Swedish flag stripes to a T-shirt, which has shown me that sewing with jersey is a skill I have yet to master. 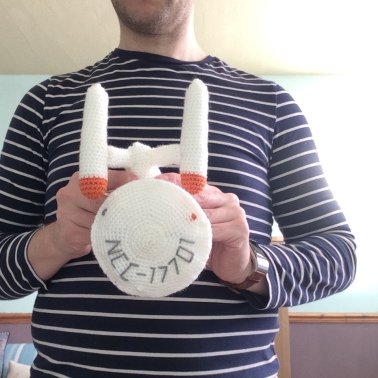 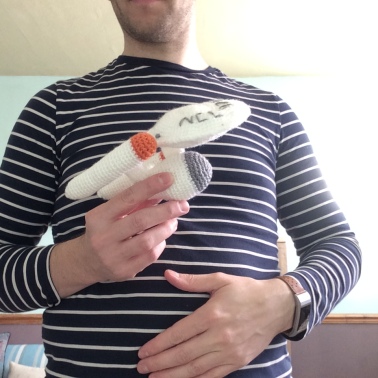 I switched geekdoms in November to create this cute little Enterprise for my new boyfriend. I tried so hard to get the details as accurate as possible then gooped up the  registration. Doh! Rest assured, it’s been corrected now but not after the embarrassment of having my error pointed out to me.

I’ve been doing a good job of keeping up crocheting a shiny trophy for each Pokemon Go Community Day – I skipped Beldum though as I couldn’t find a decent pattern. This Eevee is possibly my favourite though. It’s such a good pattern and super cute.

For the Chikorita Community Day, I couldn’t find the perfect yarn colours in the Scheepjes Twinkle yarn I generally turn to for my shiny makes. Instead, I found some sequin yarn instead that did the trick. Note to self though, pulling sequins through a magic ring is far from straightforward.

I’ve had the kit for this Cookie the Cat pattern for a good few years, since it came with Crochet Made Simple magazine. I finally made it up as a present for a friend’s birthday. I’m not a big fan of toy eyes but they look cute here.

My final dash of crafting before Christmas was helping a Ken doll achieve his festive transformation. This fantastic plastic chap has been living his best life on the top of a Christmas tree for many a year but with only a sequinned dress and a feather boa to bring the party. With a spot of needle felting and a liberal smothering of Pritt Stick, he now has a Patsy Stone wig, worthy of his fabulousness. Hey hey queen! 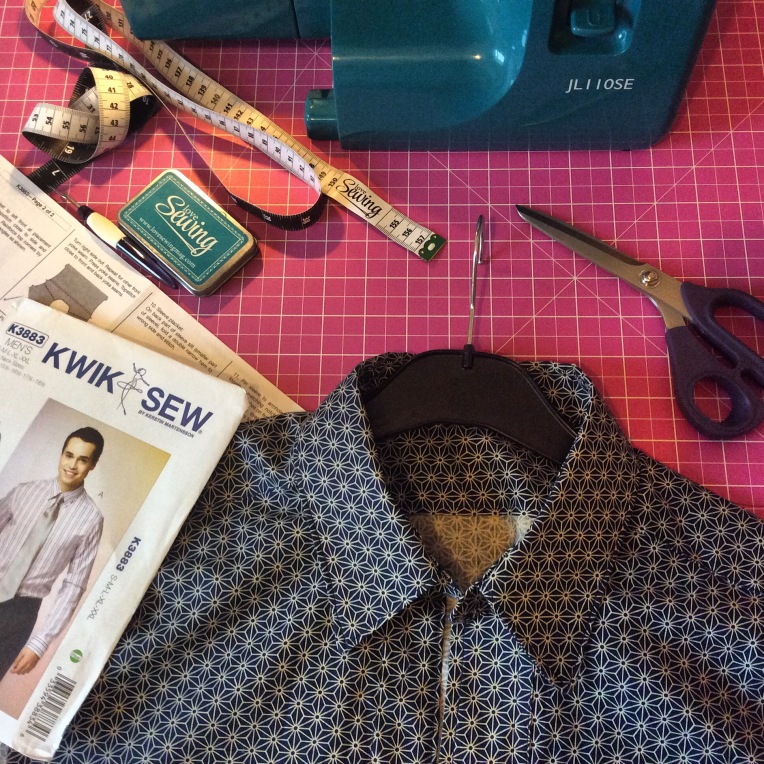 Hey hey crafty people. Like most of us who follow creative pursuits, I don’t restrict my activities to just one craft, so while hooking up cute crocheted Pokemon is my favoured past time of the moment, it’s not the only one. For a change of pace this weekend I holed myself up in our newly refurbed craft room-come-study and sewed up a new shirt.

I’m very much a novice when it comes to garment sewing – this is only my second ever attempt, the last one being a Colette Negroni shirt. I’m a firm believer in jumping in with both feet though, so a full shirt with a stand collar it is.

For this make I followed the Kwik Sew K3883 shirt pattern, and opted for the short sleeve version. The instructions are clear and easy to follow, so it all came together pretty smoothly. I’ve never attempted a stand collar before but it really wasn’t as complex as I feared – all the unwanted creases ended up on the inside at least. 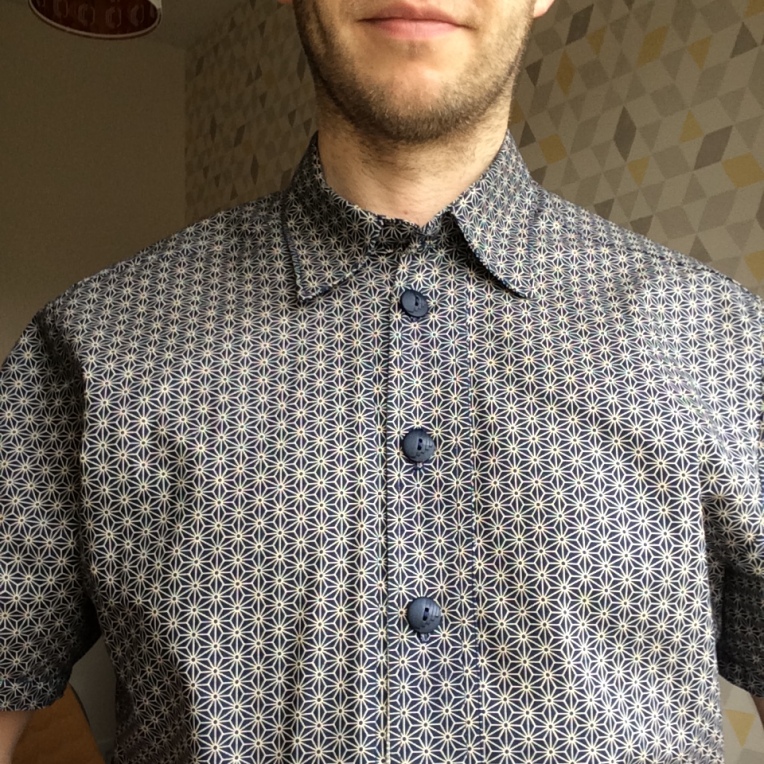 The fabric was a gorgeous Sevenberry cotton I picked up from Doughty’s at the Sewing for Pleasure show, which I paired up with some geometric buttons from Abakhan. The overall feel is a little Japanese and that’s a great result in my book. 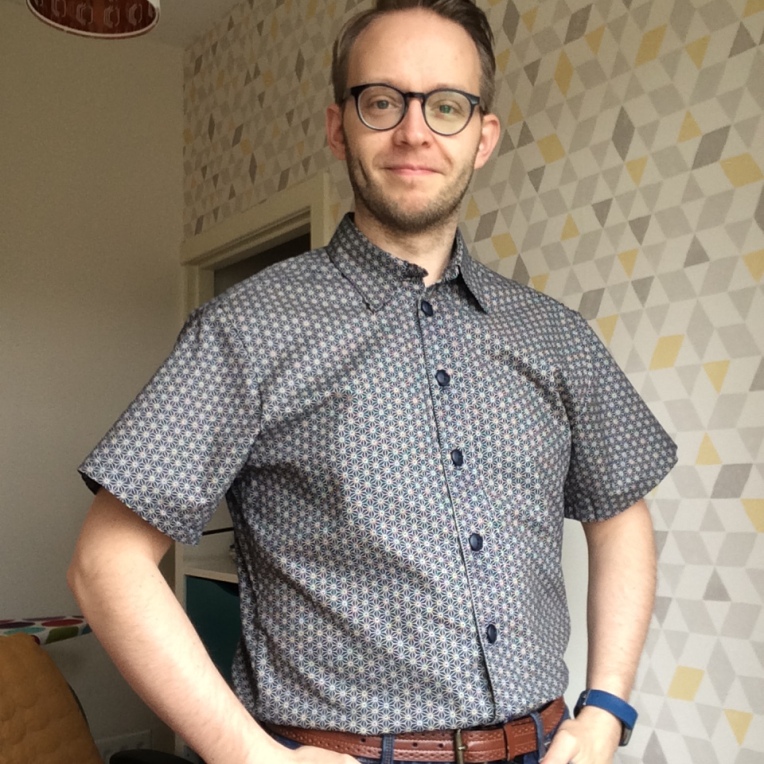 The overall fit is pretty good – I went for large across the shoulders and graded down to a medium at the waist. It could certainly be improved upon in the next attempt to take away some of the excess around the armholes but it’s wearable and I’m very proud of how it’s turned out. 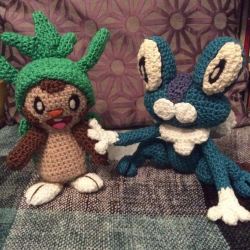